I had a conversation with a user who was confused by Relay Search saying that an obfs4 bridge was offline even though it worked. The reason for this was that the bridge's tor port was closed while its obfs4 port worked. 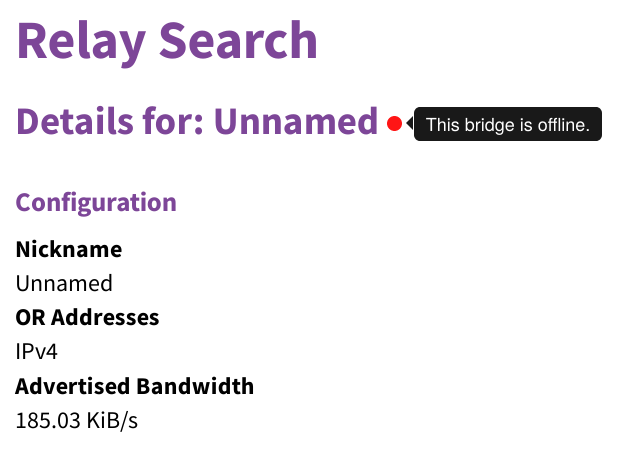 To make matters worse, we now have another status page (see tpo/anti-censorship/rdsys#10 (closed)) that only (at least for now) tests pluggable transports and not tor ports. Given that we're increasingly living in a world where only PT ports matter, we should probably retire Relay Search's bridge status indicator and instead link to rdsys's status page.